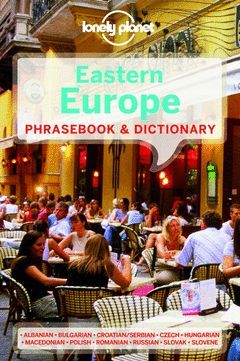 One of the most rewarding things about travelling through Eastern Europe is the rich variety of cuisine, customs, architecture and history. The flipside of course is that you?ll encounter a number of very different languages. Most languages spoken in Eastern Europe belong to what?s known as the Indo-European language family, believed to have originally developed from one language spoken thousands of years ago. Luckily for English speakers, most of these languages also use Roman script.Never get stuck for words with our quick reference dictionary for each language Order the right meal with our menu decoders Use our carefully selected words and phrases to get around with ease Coverage Includes: Albanian, Bulgarian, Croatian, Czech, Hungarian, Macedonian, Polish, Romanian, Russian, Slovak, Slovene